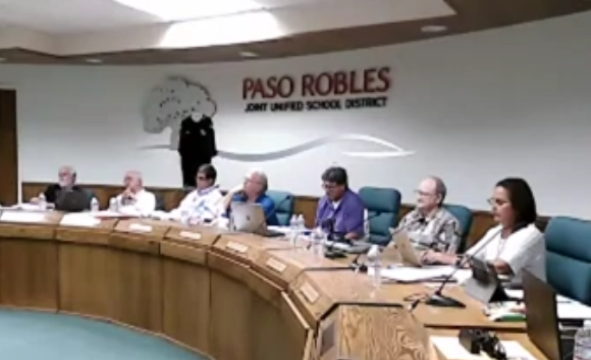 Last week, Trustee Dorian Baker proposed a resolution banning critical race theory (CRT), with was then penned by Board President Christopher Arend. The resolution challenges the fundamental assumptions of CRT and bans its teachings.

CRT is not currently taught in Paso Robles public schools.

Proponents of the ban referred to CRT as divisive and racist. They voiced concerns that CRT is used to indoctrinate student.

Opponents of the ban argued that CRT shows how racism is rooted in our culture and supports equality.

While the trustees appeared uniformly opposed to teaching CRT in district schools, several trustees voiced their concerns with the proposed resolution. The board then agreed to delay a vote on the subject, with loose plans to hold a special meeting in the future.