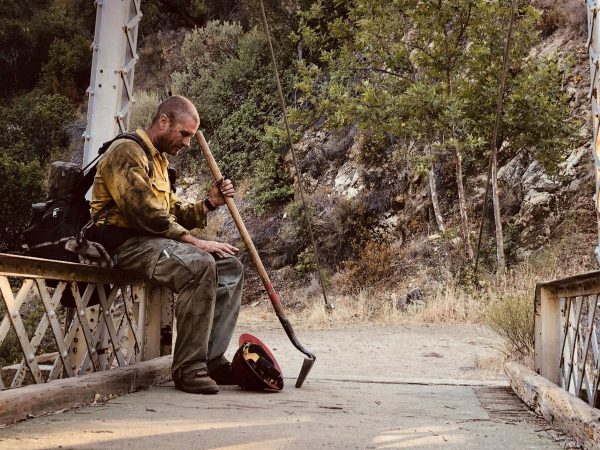 The spread of the Willow Fire burning southeast of Big Sur in Monterey County has halted and containment has risen over the past few days, but a forest closure has also taken effect.

At about 8 p.m. on June 17, callers reported the Willow Fire burning near Willow Creek and Marble Peak Trail. The blaze has been burning in the areas of the Ventana Wilderness, Tassajara Hot Springs and Arroyo Seco Recreational Area.

The Willow Fire has burned 2,877 acres and is 26 percent contained, as of Thursday evening. The blaze is threatening 100 homes and 25 mixed-use buildings, according to the United States Forest Service.

No homes have been damaged or destroyed thus far. Full containment of the fire is expected by July 11.

On Thursday, Los Padres National Forest officials ordered the closure to the public of the Willow Fire area of the Monterey Ranger District. The closure area encompasses the forest lying southeast of Big Sur, extending further southeast to the national forest’s border with Fort Hunter Liggett. 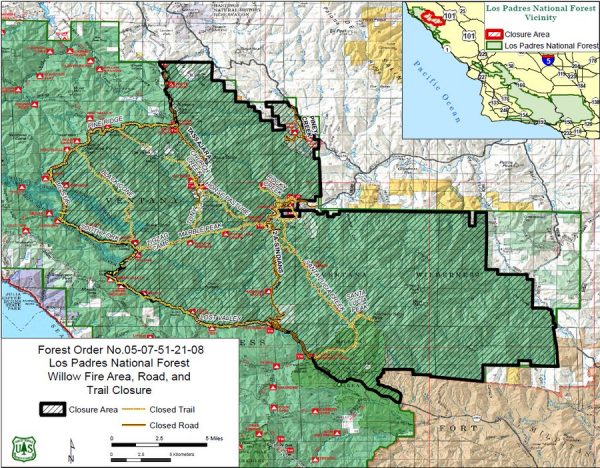 But, effective Thursday evening, the Monterey County Sheriff’s Office lifted evacuation orders for three zones. A fourth zone, which ranges from the Tassajara Zen Mountain Center to the China Camp Campground, had its evacuation area downgraded to a warning.

Located in the Ventana Wilderness Area of the Los Padres National Forest, the Tassajara Zen Mountain Center is the oldest Japanese Buddhist Soto Zen monastery in the United States. The Willow Fire came within a half mile of the monastery on Wednesday.

Eight Buddhist “fire monks” are working to defend the monastery. The fire monks have been clearing brush and running a sprinkler system that the monastery has deemed “Dharma rain.” The monks have received training from professionals firefighters, and they also rely on Zen practices in their approach to protecting the monastery. [New York Times]

Firefighters are coordinating with the monks in case the blaze advances toward the monastery. In all, 412 fire personnel are battling the blaze. 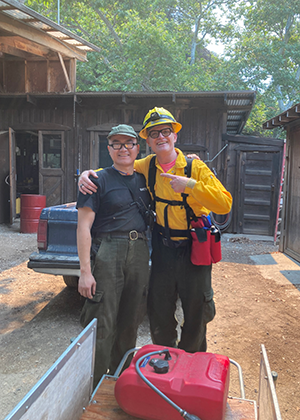