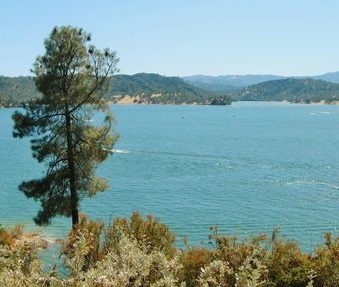 Hikers spotted the body of a man reported missing several weeks ago on the shore of Lake Nacimiento in San Luis Obispo County on Saturday evening, according to witnesses.

About a week earlier, it was determined a car belonging to a missing Northern California man had been parked in the back lot near the lodges for more than a week, though it only had a day pass. The missing man’s keys were found in the car.

Shortly after 6 p.m. on Saturday, hikers reported seeing something suspicious about 75 feet from the water’s edge on the shore, in an area near the administration building. Responders found the missing man’s body face down on the shore, surrounded by beer bottles.

Sheriff’s Office staff removed the body, moving it up a steep hillside, and launched an investigation. Foul play is not expected.