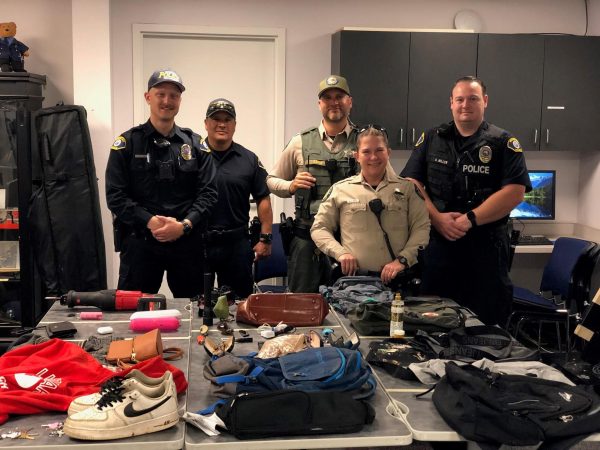 A 14-year-old boy from Lake County cut off his probation monitor, relocated to Morro Bay and committed a string of burglaries in San Luis Obispo County, according to the Morro Bay Police Department.

The police officers recognized the suspect from several burglary and fraudulent credit card use cases they had been working. During a search of the RV, officers found stolen property.

Officers arrested the juvenile for burglary, possession of stolen property, fraudulent use of a credit or debit card and having an outstanding warrant. Police booked the teen in San Luis Obispo County Juvenile Hall.

The juvenile was wanted in Lake County on a no-bail probation warrant. He had been staying in Morro Bay with friends and relatives, police said.

An investigation into the burglary spree is ongoing. Officers are asking anyone who has information about the case to call the Morro Bay Police Department at (805) 772-6225.