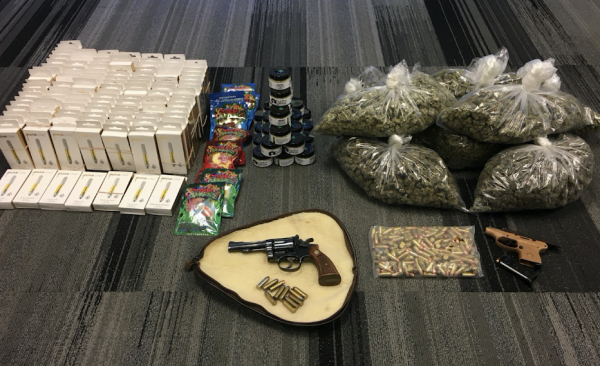 The arrest followed a month-long investigation into a delivery service operating illegally in Lompoc, Santa Maria and unincorporated areas of Santa Barbara County. The operation did not have any state or county licenses, and it was selling untested and unverified products, according to the Santa Barbara County Sheriff’s Office. The delivery service was selling cannabis flower, vapes, pre-rolls, wax and edibles, according to deputies.

At about 7 a.m. on Monday, narcotics and cannabis compliance detectives, along with a sheriff’s K-9 team, served warrants in the 100 block of E. Sunset Avenue and in the 900 block of E. Hermosa Street.

During the searches, investigators found 42-year-old Gilbert Montoya, a felon, in possession of a stolen firearm, ammunition and illegal and untested cannabis products for sale. Detectives also found a small and unlicensed commercial marijuana grow in a room that was concealed by false walls. Investigators seized firearms, cash, marijuana and cannabis products.

Deputies booked Montoya in the Santa Barbara Main Jail with his bail set at $35,000. 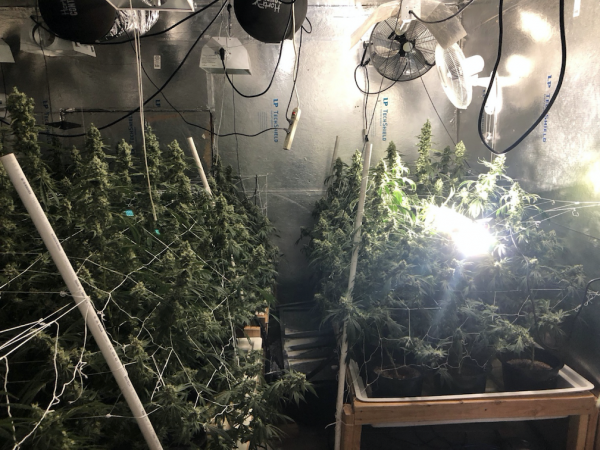