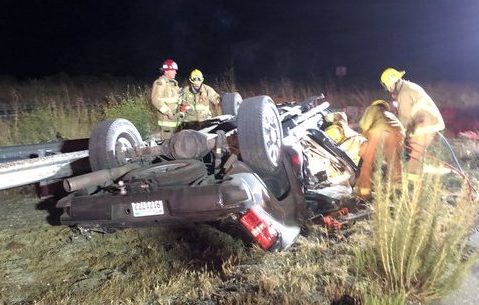 While fleeing from Vandenberg Space Force Base officers on Monday night, a suspect lost control of his vehicle near Orcutt, drove off Highway 1, went airborne, landed on the side of Highway 135 and died, according to the CHP.

Shortly before 10 p.m., the suspect, a 47-year-old Lompoc man, was driving a 2017 GMC Denali 2500 on northbound Highway 1 south of the interchange with Highway 135 with officers in active pursuit, according to the CHP.

While trying to negotiate a curve in the roadway, the suspect lost control of his vehicle and crashed into a milepost marker. His GMC continued northbound onto a dirt shoulder, then became airborne as it drove off an embankment.

Responders declared the driver dead at the scene.