Two people were murdered in the same area of Santa Maria in less than a month and a half.

A gunman shot Santa Maria resident Ruben Zarate Luis, 26, in the area of Lincoln and Mill streets on Saturday. Luis was airlifted to a hospital, where he died on Sunday afternoon, according to the Santa Maria Police Department.

Santa Maria detectives are investigating the shooting. It is unclear whether Saturday’s homicide is connected to a fatal shooting on the morning of May 16, which also occurred in the area of Lincoln and Mill streets.

In last month’s murder, at about 2 a.m., Alfredo Alaniz, 21, allegedly shot and killed Mario Angel Merino Gonzalez, 19, amid an argument between the two men. Investigators are still searching for Alaniz.

Police describe Alaniz, a Santa Maria resident, as a Hispanic man who is 5 feet 10 inches tall and weighs about 210 pounds with black hair and green eyes. In addition, he has an “S” tattoo on his right cheek and a tattoo of a ship on the left side of his head.

Officials are asking anyone who has information about either of the fatal shootings to contact the Santa Maria Police Department at (805) 928-3781 ext. 2277. 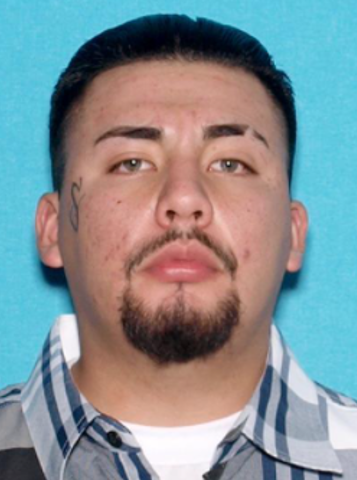