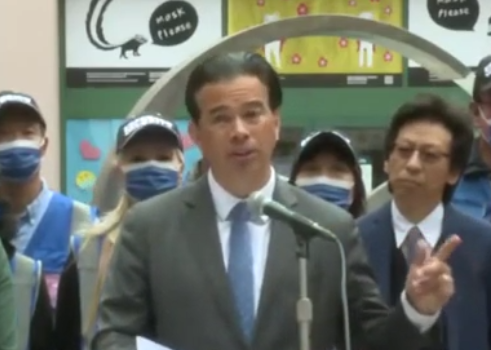 The city of San Luis Obispo leads the Central Coast in the number of hate crimes reported to law enforcement in 2020, according to a report from the California Attorney General’s Office.

There were 12 hate crimes reported in SLO last year, with 12 victims and eight suspects. Throughout the rest of SLO County, there were only two additional hate crimes.

For perspective, there were five hate crimes reported in Santa Barbara County last year, with no more than two in any one city.

During 2020, there was an epidemic of racially motivated hate crimes in California, said Attorney General Rob Bonta. At the same time, the number of religious affiliation and sexual orientation based hate crimes declined.

“We are in the midst of a racial justice reckoning in this country,” Bonta said. “Ultimately, it is going to take building bridges to make a difference. Together we can tackle hate in all its forms.”