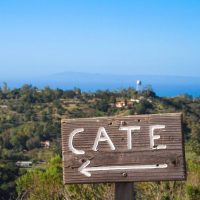 A former teacher is under investigation after allegedly sexually assaulting multiple students at an elite boarding school in Carpinteria.

The former Cate School teacher, whom authorities are not yet identifying, is accused of sexually assaulting students currently and formerly enrolled at the private boarding school. The crimes allegedly occurred on school property and while the teacher was employed by the Cate School, according to the Santa Barbara County Sheriff’s Office.

Cate is a four-year college preparatory boarding school that draws students from numerous states and countries.

On April 1, the sheriff’s office mounted an investigation based on information from mandated reporters who were speaking on behalf of the alleged sexual assault victims. On June 24, sheriff’s detectives and Santa Barbara County District Attorney’s investigators served warrants at the Cate School campus in an attempt to gather evidence.

Detectives have identified several sexual assault victims in the case, according to the sheriff’s office.

Investigators are working with Cate School and its legal representatives to contact sexual assault victims and to identify any other potential witnesses to the crimes. Detectives believe there may be additional victims who have not yet been located or contacted.

Investigators are asking anyone who has information about the case to contact Detective Sergeant Mark Valencia at (805) 681-4150.

The sheriff’s office is aware that sexual assault and abuse survivors are often reluctant to come forward, according to deputies. But, victims advocates are available to ensure survivors remain informed and supported throughout the criminal justice process.