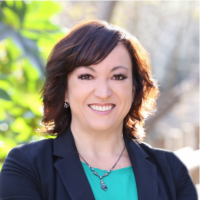 A Santa Maria attorney is facing 13 felony charges after she allegedly embezzled more than $400,000 from an elderly client which she then used to fund her lavish lifestyle. A judge on Tuesday awarded her client’s beneficiaries more than $1.4 million in a related civil case.

While overseeing the Delta Campbell Family Trust, attorney Debbie Morawski allegedly used her client’s money to pay for personal expenses including a trip to Mexico, her son’s private school, her mother’s medical bills, multiple Amazon purchases and a $500 sushi dinner. The oddest personal expense charged to her client’s trust was a payment of $3,000 to the State Bar for fines related to a previous breach of fiduciary duty.

During the civil litigation and criminal investigation, Morawski ran for a seat on the Santa Maria Airport District Board, and her husband opened a restaurant, the Salty Brigade Kitchen, in Santa Maria.

Santa Barbara County prosecutors recently charged Morawski with one count of fraud, one count of elder abuse, two counts of embezzlement, one count of falsifying evidence and eight counts of money laundering. The alleged theft spanned from April 2016 through July 2019.

On Feb. 16, 2016, a physician at a residential care facility, Thomas David MD, deemed Delta Campbell mentally disabled. Morawski then used David’s report to take control of Campbell’s trust, according to the civil suit. After gaining control of the trust, Morawski failed to pay Campbell’s bills, file taxes or inform the beneficiaries of the trust about her actions.

Following Campbell’s death on Sept. 13, 2017, her three daughters attempted to review records of the trust, which Morawski refused to allow. They then hired Arroyo Grande attorney Dennis Balsamo to remove Morawski as trustee.

Santa Barbara County Superior Court Judge James Rigali awarded Balsamo’s clients $1,437,318 on July 6 for the total cost of the embezzlement, along with attorney fees and court costs. Morawski, an officer of the court, failed to attend all but one of the hearings, failed to provide discovery and failed to attend her deposition.