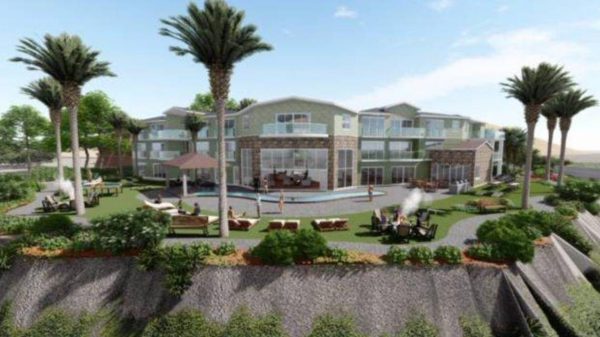 A proposed three-story boutique hotel and resort that would be built atop a bluff in Cayucos must undergo review by the California Coastal Commission following an appeal filed by two members of the state body. [Tribune]

Developers Jay and Lisa Cobb are planning to build a 17-unit, 20,144 square-foot hotel on a vacant one-acre blufftop property located just north of Cayucos Creek across North Ocean Avenue from the Bella Vista by the Sea RV park. The Cobbs say the development will not be a tradition hotel. Rather, it will have a resort look and feel and will be a cross between a boutique hotel and a very large vacation rental.

Plans include a bar, coffee shop, small market, gym and spa, as well as communal space between rooms for cooking dinner, drinking and enjoying views. Outdoor plans include a lazy-river pool, hot tub, walking and jogging path, shuffleboard and ping-pong tables, barbecues, fire pits, a rental shop and a bar.

Escalante and Hart took issue with the proposed development blocking public views. Presently, the site provides views of the central village of Cayucos, the Cayucos Pier, coastal hills and the shoreline stretching south to Morro Rock and Montana de Oro. The commissioners’ appeal also raises parking concerns and the possibility of bluff erosion, as well as coastal hazards that could be worsened by sea-level rise.

Jay Cobb said he was surprised by the appeal because he had worked closely with Coastal Commission staff to address their concerns. However, he remains optimistic about his plans. 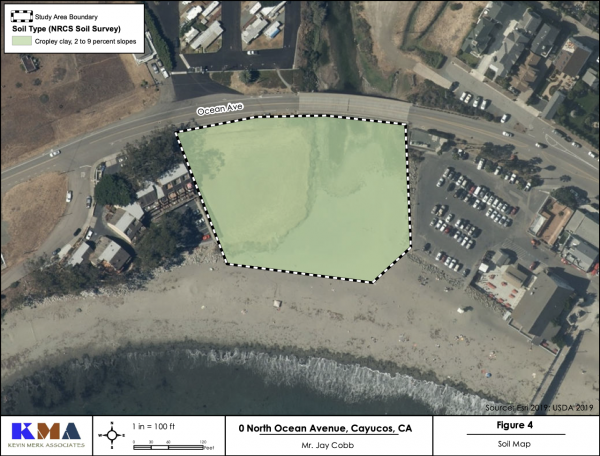