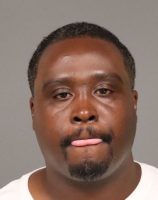 A San Luis Obispo County jury convicted a 38-year-old Oceano man of raping a 16-year-old girl whom he was supposed protect.

Joshua Delante Wheeler sexually abused the teen between May 15, 2019 and March 7, 2020. Wheeler was 36 year old when he began sexually abusing the girl, and he had a legal duty to care for and protect her, according to the San Luis Obispo County District Attorney’s Office.

“I am very proud of this young survivor for her remarkable courage to report the crimes and to testify at trial that made it possible to bring Wheeler to justice,” District Attorney Dan Dow said in a statement. “This conviction should embolden and encourage other victims of sexual abuse to report the conduct to their teachers or to law enforcement so that the offenders can be brought to justice.”

Wheeler’s sentencing is scheduled for Aug. 19 in the courtroom of Judge Jesse Marino. The Oceano man is being held without bail at San Luis Obispo County Jail.