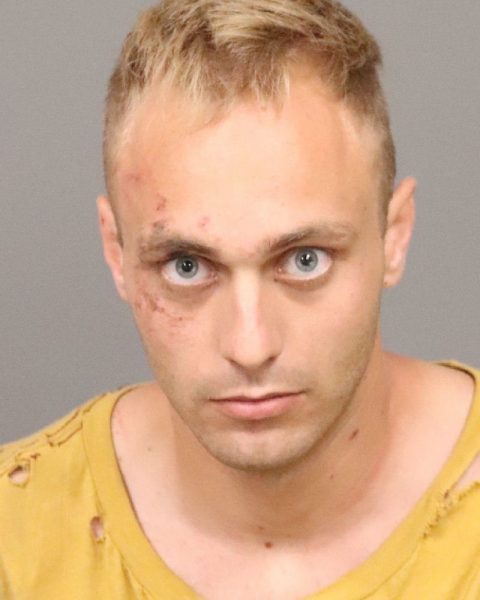 A Templeton man is in jail after he threatened people with a knife at Franklin Hot Spring in rural Paso Robles on Saturday.

Shortly before 5 a.m., 24-year-old Bunker Kainoa Greff threatened to stab at least four Hispanic people, two of whom were juveniles, while yelling racial slurs. Greff also threatened to harm himself.

Greff refused to follow deputies commands and continued to run away. After losing sight of Greff, deputies conducted a search of the area with the assistance of a CHP helicopter.

After nearly four hours of searching, deputies found Greff in the 1800 block of Santa Ysabel Avenue in rural Paso Robles, but he again escaped.

Deputies eventually apprehended Greff on Volpi Ysabel Road. Deputies booked Greff in the San Luis Obispo County Jail on four counts of criminal threats, assault with a deadly weapon, hate crimes and one count of resisting an officer. He remains in jail with his bail set at $250,000.