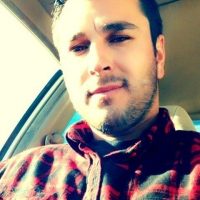 Officers identified the motorcyclist killed in a crash with an SUV on Monday afternoon as Brian Robert Brewer, 26, of Grover Beach.

Shortly before 3 p.m., Brewer collided with the SUV at the intersection of Fourth Street and Newport Avenue in Grover Beach. Brewer died at the scene.

The driver of the SUV was not injured in the crash.

An investigation is ongoing. Officers are asking anyone with information about the crash to call officer Felix Ramirez at (805) 473-4511.