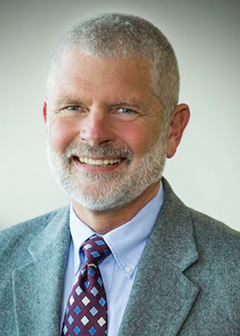 The majority of the San Luis Obispo County Board of Supervisors voted on Tuesday to allow applicants to apply for the county clerk-recorder’s position — to the dismay of the board minority.

Supervisors Bruce Gibson and Dawn Ortiz-Legg wanted to forgo the application process and appoint a county staffer to serve as clerk-recorder until Jan. 2022. Across the political divide, conservative supervisors Lynn Compton, Debbie Arnold and John Peschong voted to conduct an “open and transparent” application process to include advertising the position, reviewing applicants and performing background checks.

Former County Clerk Recorder Tommy Gong applied for the Contra Costa County deputy county clerk-recorder position in March, accepted the job before a May 4 board of supervisor meeting, and announced his departure in June. This job change followed years of on-the-job mistakes, and scandals attached to his family.

But SLO County Supervisor Gibson and local and national media claimed Gong was run out of office because of a racist remark and critical comments made at the May 4 meeting, an inaccurate claim that was repeated during public comment on Tuesday, as a reason to forgo the application process.

Aside from government employees, former state Assemblyman Sam Blakeslee, attorney Stew Jenkins and attorney Erik Howell have shown interest in the appointment. All three have worked in the private sector and held public office.

Deputy Clerk Helen Nolan, who is currently serving as interim county clerk-recorder, has worked in a supervisor position in SLO County for approximately one year. Previously, Nolan was employed as a deputy clerk-recorder in Mono County, with a population of 14,310 residents and 7,095 registered voters.

Gibson and Ortiz-Legg argued that the county clerk-recorder’s office is too busy with Gov. Gavin Newsom’s recall election and redistricting to handle the appointment process, and that not promoting from within would harm morale. Gibson referred to the elected office of clerk-recorder as a department head position.

Arnold questioned Gibson’s assertions, noting that the recall election and redistricting will not impact the application process, which is performed by human resources.

After learning he did not have a third vote, Gibson suggested changing qualifications for the position to include a requirement that applicants must have previously worked as a “supervising county elections employee” and that they had never been involved in partisan political campaign activity.

These requirements would bar Blakeslee, Jenkins and Howell from applying, while boosting Nolan’s chances for appointment.

Compton argued that under Gibson’s proposed requirements, Gong would not have been able to run for office based on being part of a political party.

Arnold said the clerk-recorder elected post is designed to be a citizen oversight position, and that staff is trained to do their jobs.

“The county clerk-recorder is not just about elections, it is about a lot of other important business,” Arnold said.

Gibson, who interrupted her multiple times, asked Arnold if she would consider applicants without election experience who have participated in partisan politics.

“I did not interrupt you one time,” Arnold said. “You had time to talk without criticism.”

The board then voted 3-2 to follow staff’s direction for a “transparent” application process, with the winner selected at a special board meeting on Oct. 12. Gibson and Ortiz-Legg dissented.