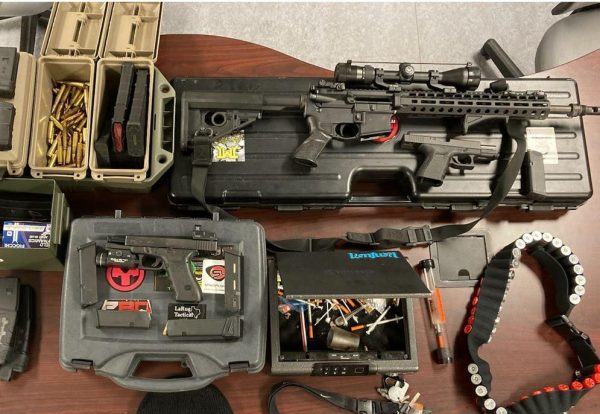 Shortly before 3 p.m., a 911 caller reported a man was unconscious with drug paraphernalia on his lap in the Chumash Casino parking garage. Before deputies arrived, Chumash Casino security guards detained Jacob Southard, according to the Santa Barbara County Sheriff’s Office.

Deputies searched Southard’s vehicle and discovered a handgun, loaded high-capacity magazines, hundreds of rounds of ammunition and an illegally modified high-power rifle. Deputies also found a pistol that had been reported stolen out of Humboldt County. The stolen pistol was loaded and tucked under the driver’s seat, according to the sheriff’s office.