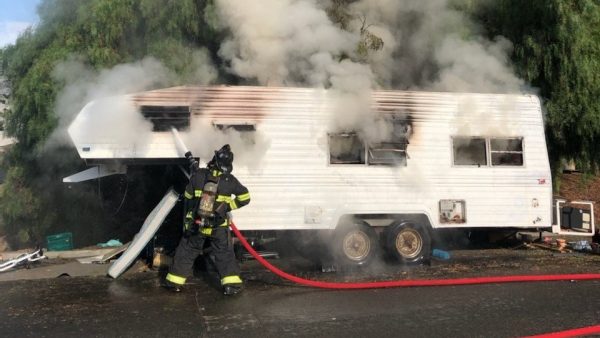 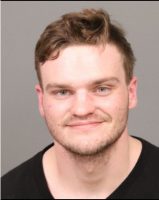 San Luis Obispo police officers arrested a man who allegedly set a recreational vehicle trailer on fire Sunday morning, in which individuals may have been living.

Shortly before 8 a.m., callers reported the RV burning in the 2900 block of McMillan Avenue. Firefighters arrived and found the trailer fully engulfed in flames with the blaze extending into nearby vegetation.

All of the occupants of the RV were out of the trailer when firefighters arrived, according to the San Luis Obispo Fire Department.

Firefighters extinguished the blaze. No one suffered any injuries as a result of the fire.

SLO’s fire marshal launched an investigation, which revealed an accelerant had been used to set the RV trailer on fire. Police detectives joined the investigation and identified the suspect as Sean Glenn Bibby, according to the San Luis Obispo Police Department.

At about 12:25 p.m. on Tuesday, detectives located Bibby, 27, at Santa Rosa Park and arrested him.

Officers booked Bibby in the SLO County Jail on a charge of arson. Bibby remains in custody with his bail set at $50,000, according to the SLO County Sheriff’s Office website.