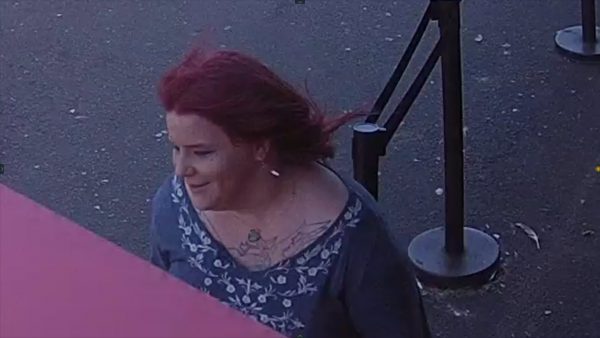 A woman from Tulare County allegedly stole the tip jar from Giovanni’s Fish Market in Morro Bay on Thursday, leading to a trio of arrests on Saturday.

Shortly before 5 p.m. on Thursday, the woman exited a vehicle at 1001 Front Street and stole the tip jar from the service window at Giovanni’s before running northbound on the Embarcadero to a vehicle that was waiting for her. Giovanni’s shared surveillance footage of the woman, later identified as 21-year-old Brittany Renee Doyle, running off with the tip jar.

An image of the vehicle was also shared on social media, according to the Morro Bay Police Department.

Then on Saturday, a citizen who had seen a social media post about the theft spotted the suspects’ vehicle at the El Chorlito Restaurant in San Simeon. Morro Bay officers arrived to find four individuals, including Doyle, all from Tulare County.

Doyle and Devon Louis Young, 23, fled by foot onto the beach. Following a short foot pursuit, officers caught them.

Investigators found the stolen tip jar inside the suspects’ vehicle, according to police.

Young remains in jail with his bail set at $50,000. Doyle and Moscrop are no longer in custody.