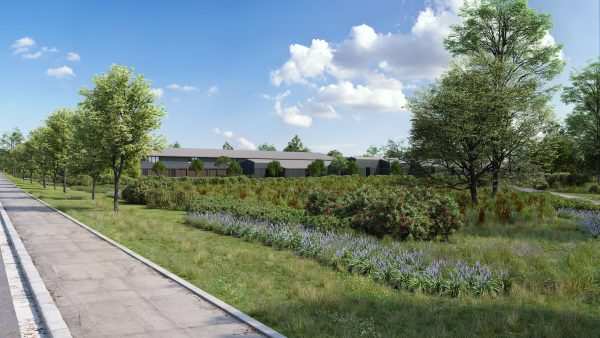 A businessman filed suit against two Atascadero City Council Members and the city last month for alleged bias and unjust actions in violation of his constitutional rights.

The plaintiff, Scott Newton, argues that three council members violated city regulations in their battle to stop him from developing his property. The council members were not required to pay appeal filing fees, to have their appeals heard within the required 30 days or to follow closed session meeting laws, according to the lawsuit.

“The acts of the city were taken by persons under color of state law and as a result of said acts, Newton was deprived of his Constitutional right to due process,” according to the lawsuit filed by attorney Kate Neiswender. “Delaying and obstructionist tactics were arbitrary, capricious, discriminatory, retaliatory, and harassing, and were taken for reasons that are not lawful considerations for such acts.

In early 2018, Scott Newton began meeting with city staff to discuss a proposed self-storage facility near the Dove Creek neighborhood off El Camino Real. Even though the city zoning permitted storage facilities on the property, then-councilwoman Roberta Fonzi questioned if the zoning should be changed to residential.

Newton then reduced the project by 32% and made multiple design changes before taking the project back to the Planning Commission, which voted 4-3 to approve the revised project on May 4, 2021.

As private citizens, council members Heather Newsom and Susan Funk both filed to appeal the project, though neither was required to pay the cost of their appeal, according to the lawsuit.

“The city did not require defendants Funk or Newsom to pay an appeal fee, as is required of every other appellant; this was a gift of public funds and improper, and should void the appeal,” according to the suit.

The day before the appeal hearing, on June 8, the City Council met in closed session following a request by Newton that Newsom and Funk recuse themselves.

“The notice for the closed session stated that potential litigation by Newton was to be reviewed, but at that time – on June 8, 2021 – there was no threat of litigation, only a request that Funk and Newsom recuse themselves, and an application for the second Project,” the lawsuit says.

Under the Ralph M Brown Act, council members can discuss threats of litigation in closed session, but not projects or appeals. The act was passed in 1953 because of mounting concerns that government bodies were avoiding scrutiny by meeting secretly.

Before the appeal hearing, the city asked Newton to waive time.

“Pursuant to the city’s ordinance concerning appeals, an appeal must be heard within 30 days, or before June 7, 2021,” the lawsuit says. “City staff called Newton and asked him to waive the deadline; he refused. The hearing was set after the 30-day deadline, despite Newton’s refusal.”

The council voted 3-2 on June 9 to reject the Planning Commission’s approval.

Newsom and Funk “voted against the project, as did Mayor Heather Moreno,” according to the lawsuit. “Both Funk and Newsom reiterated that the project was incompatible with the neighborhood, with heavy emphasis on the fact that self-storage could never be compatible even though the city had voted to leave self-storage as an acceptable use in the P Zone.”