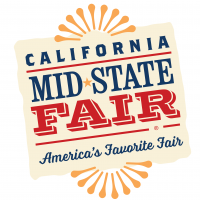 Michaels was scheduled to perform on the fair’s main stage as the event kicks off its return from a one-year hiatus. But, fair officials decided to cancel the show out of an abundance of caution because of the possible COVID-19 exposure. Michaels’ touring entourage had been following all CDC guidelines and protocols, according to the Mid-State Fair.

“Of course we are terribly saddened by the news, but the health and safety of the Bret Michaels’ band, our staff and crew, and concert ticket holders is the most important thing,” Bojorquez said in a statement. “We are still very excited to open the gates this Wednesday and are looking forward to a fabulous 2021 Fair.”

Mid-State Fair organizers are refunding ticket holders who planned on seeing Michaels perform. Fair officials say all other concerts will be held as scheduled.

The fair will span Wednesday through Aug. 1 at the Paso Robles Event Center.