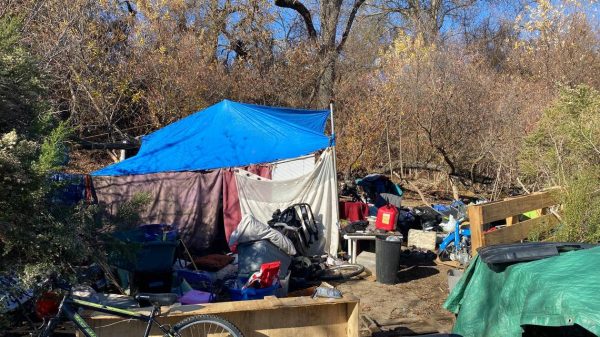 The city of Paso Robles removed approximately 19,000 pounds of what the city deemed trash from homeless encampments along the Salinas Riverbed during the past two weeks because of the risk of fires, according to the Paso Robles Police Department.

In May, the city posted a notice it would remove personal property from homeless encampments and then store people’s property for collection for 90 days, until late August. The city determined multiple items were personal property including pictures, books, toiletries, sleeping bags and clothing, according to the notice.

Then from July 13 through July 22, the city discovered additional campsites in the area, and removed the property as “trash,” at a cost of $9,130, according to police.

“They took everything I had, they left pictures of my children on the wet ground,” Monahan said. “All they did was tear up my house and threaten to arrest me if I would not come out. They made a mess and then took photos. They threw my belongings in a roll off trash can.”

Officers arrested six people for charges including having an illegal fire, drug and paraphernalia possession and refusing to vacate and remove property from within the designated high fire risk area.

In 2008, the city of Fresno lost a class action lawsuit filed on behalf of homeless residents after the city threw their property away. In the end, the city was required to pay $2.35 million to pay those displaced to get into housing, for their belongings and for legal costs.