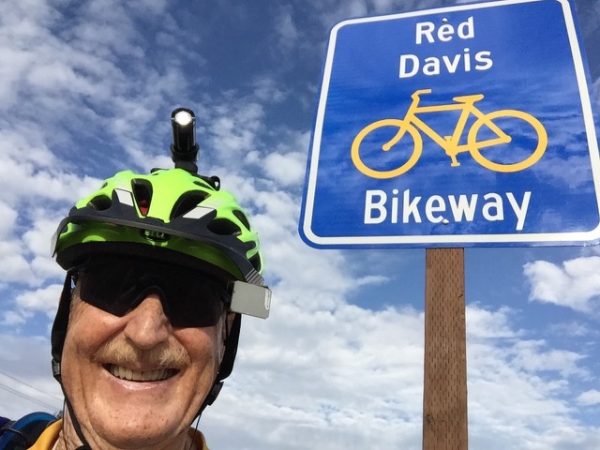 Morro Bay City Councilman Robert “Red” Davis died at his home on Saturday at the age of 76. [Tribune]

Davis was in the middle of serving his second term on the Morro Bay council. He was first elected to the council in 2016, and was then reelected in 2020.

For more than 33 years, Davis worked for Caltrans, performing jobs that included budget analyst, training manager, contract compliance officer and planner. He also served in the Air Force Reserve from 1965 to 1998.

Davis and his wife, Gail Davis, moved to Morro Bay from Nevada City more than 20 years ago. Locally, Davis served as secretary and treasurer of the Morro Bay Chamber of Commerce, president of Morro Bay Friends of the Library, member of the Integrated Waste Management Authority board and member of the San Luis Obispo Council of Governments board.

The Morro Bay councilman was an avid cyclist who also served as president of the SLO Bike Club, chair of the Morro Bay Citizens Bike Committee, chair of the County Bicycle Advisory Committee and founding member and vice president of Bike SLO County. In 2015, the SLO County Board of Supervisors named the Los Osos Valley Road bike lanes between Foothill Boulevard and South Bay Boulevard the “Red Davis Bikeway.”

“Red Davis was a wonderful leader and friend to so many,” Mayor John Headding wrote in a statement on behalf of the city council. “He was a servant leader who worked tirelessly to advance and improve the quality of life of our community as a whole.”

“We are grateful to have known and worked for Council Member Davis as city staff,” Collins said. “I greatly appreciated his curiosity about how things worked and his kindness. He loved his job and connected so well with the community and city employees.”

Davis’s family, along with the city, will host a public celebration of life within the next few weeks, likely at the Morro Bay Community Center.