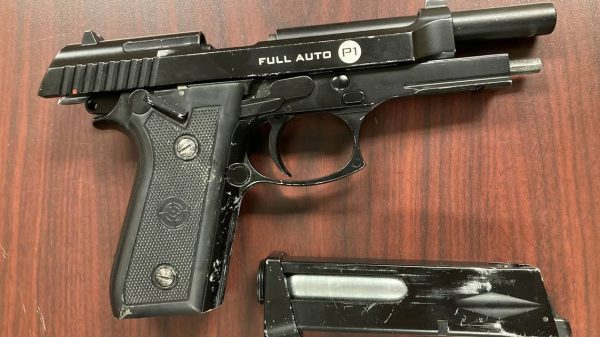 At about 4:45 p.m., a 911 caller reported a man walking in the garden area of the mission with a handgun in his hand. The caller said the suspect was a Hispanic man with a red and black flannel shirt and grey hat turned backward, according to the Santa Barbara County Sheriff’s Office.

Deputies arrived at the scene and established a perimeter. They evacuated the area while searching for the suspect.

Shortly afterwards, deputies found the suspect, 23-year-old Solvang man Jeckson Murcia, and took him into custody without incident. Murcia had a replica handgun tucked into the waistband of his pants, according to the sheriff’s office.

Sheriff’s officials thank the 911 caller for reporting the incident and providing a clear and accurate description of the suspect.