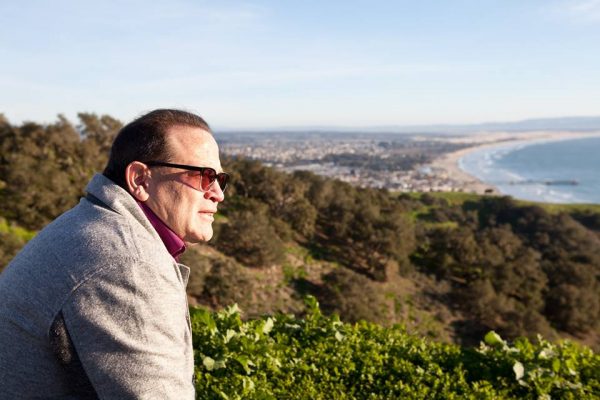 Prosecutors charged Dayspring, 35, in federal court with one count of bribery and one count of filing a false 2018 income tax return that deliberately failed to report millions of dollars in income to the IRS. Dayspring agreed to plead guilty to both felony offenses, pay $3.4 million in restitution to the IRS, and cooperate in the government’s ongoing investigation.

Dayspring is the majority owner of three approved retail pot shops and multiple large marijuana grows in San Luis Obispo County, as well as many cannabis businesses in other counties in California.

To further his interests in the farms that grew cannabis in San Luis Obispo County, Dayspring began paying bribes to Hill in the fall of 2016 and continued doing so through November 2019.

In total, Dayspring paid Hill multiple bribes in cash and money orders totaling $32,000, the Justice Department said in a press release. In exchange, Hill voted on matters affecting Dayspring’s farms, including voting multiple times in favor of ordinances that permitted Dayspring’s farms to operate before he had obtained final permitting approvals.

“In addition to bribing the San Luis Obispo County supervisor, Dayspring admitted in his plea agreement that he and his business associate attempted to bribe the then-mayor of Grover Beach in exchange for two dispensary licenses in that city,” according to prosecutors. “The attempted $100,000 bribe took place during a dinner meeting in September 2017. The mayor did not respond to the offer, and Dayspring did not pay the bribe.” 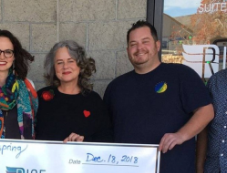 Dayspring also admitted to cheating on his federal tax returns for the years 2014 through 2018, which resulted in the IRS losing more than $3.4 million in tax revenue.

As part of his plea agreement, Dayspring agreed to surrender in this case and make his first appearance in United States District Court in Los Angeles on August 25. Once he pleads guilty to the bribery and tax charges, Dayspring will face a statutory maximum penalty of 13 years in federal prison.

Investigators are asking anyone with  information related to this case or any other public corruption matter in San Luis Obispo County to send information to the FBI’s email tip line at pctips-losangeles@fbi.gov or to contact the FBI’s Los Angeles Field Office at (310) 477-6565.

At CalCoastNews we believe in unbiased, non-partisan investigative journalism. In order to increase coverage of issues such as corruption and bribery, Cal Coast News needs to increase staffing, but that takes money.

We are offering subscriptions, without a paywall. Subscribers will receive email notifications of breaking news and copies of documents not provided with articles.