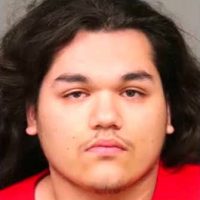 An allegedly intoxicated teen fired a gun into the sand at Pismo Beach on Sunday, according to the city’s police department.

Joel Vela, 18, of Hanford was arguing with a woman on the beach at about 11 a.m. The woman then walked away heading northbound.

Vela followed her and fired several rounds into the sand to get her attention, according to the Pismo Beach Police Department. No one suffered any injuries, though many people on the beach wear frightened.

Officers arrived and arrested Vela. Police booked Vela in San Luis Obispo County Jail on charges of discharge of a firearm with gross negligence, possession of an undetectable firearm, possession of a concealed firearm in a vehicle and public intoxication.