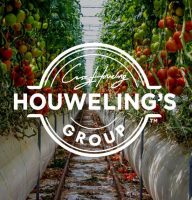 An indoor tomato and cucumber facility will cease operations at its Camarillo greenhouse by the end of September and lay off 486 workers in the lead-up to a cannabis business taking over the property. This is slated to be the largest cannabis cultivation facility in the United States.

Houweling’s Tomatoes is vacating its facility at 645 Laguna Road as part of a sales agreement with the new owner of the 125-acre property. The tomato and cucumber grower expects to permanently layoff 486 workers, the majority of whom work in the greenhouse.

The layoffs will begin on Aug. 8. Houweling’s expects most or all of the employees to be laid-off by Sept. 30, according to notice the company filed with the state of California and Ventura County.

Houweling’s opened its Camarillo greenhouse in 1996, and has since expanded the facility from 20 to 125 acres. The grower also has greenhouses in Utah and British Columbia.

The employees facing layoffs are not union members, and no one has “bumping rights” to replace a less-senior worker at another location, according to the company’s filing.