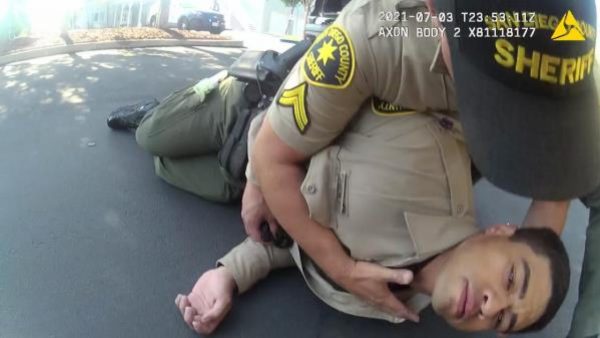 A California sheriff deputy overdosed on fentanyl last month, and then almost died, according to a dramatic video released by the San Diego Sheriff’s Department.

On July 3, deputy David Faiivae was going through belongings in the back of a red vehicle when he touched fentanyl, a synthetic opioid. He then fell over and began having trouble breathing.

“I was like, ‘hey dude, too close.’ You can’t get that close to it. A couple seconds later, he took some steps back, and he collapsed,” Cpl. Scott Crane said in a video made from body cams.