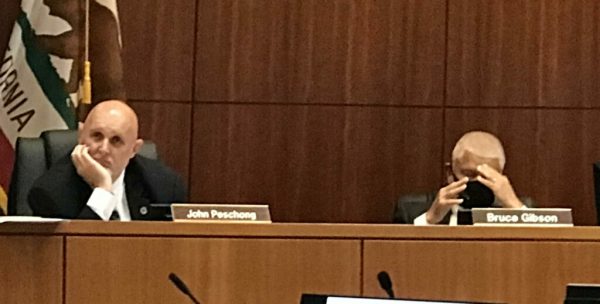 The San Luis Obispo County Board of Supervisors voted 3-2 Tuesday to cut ties with the controversial Integrated Waste Management Authority (IWMA), and have the public works department comply with state mandates.

A consultant estimated it would cost between $1,585,400 and $2,084,000 more a year for the county to handle waste management in house. MSW Consultants estimated the increase in cost would be needed to hire staff to comply with an incoming state mandate regarding food waste, SB 1383. However, its IWMA comparison did not factor in the cost of hiring new inspectors causing Supervisor Debbie Arnold to query its accuracy.

Arnold questioned the consultant’s financial projections which were based on having to hire five employees to comply with SB 1383, saying she believed the county could be exempt.

“I don’t know how exactly to critique what I’ve heard on the dais today, whether its Supervisor Arnold’s magical thinking that this just might not cost more,” Gibson said. “That is based on nothing. It is based on wishful thinking.”

However, SB 1383 permits unincorporated areas to apply for low-population waivers for census tracts with a population density of less than 50 people per square mile. 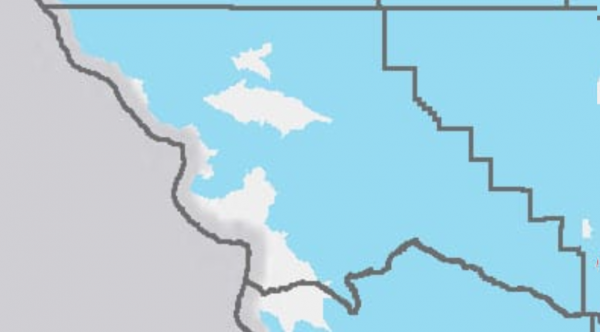 HF&H Consultants map with blue areas able to apply for exemption and white areas required to comply with SB 1383.

HF&H Consultants, a company that assists government agencies with waste management issues, developed a map that shows the vast majority of unincorporated SLO County could file for an exemption to SB 1383, which would likely save the county rate payers a significant amount of money.

In line with multiple members of public who spoke out about the alleged corruption, Supervisor John Peschong noted 10 felony corruption charges against the previous board secretary, the IWMA staff’s history of destroying records and also failing to abide by the Public Records Act.

“This is money taken from taxpayers,” Peschong said. “This organization cannot be trusted.”

Dawn Ortiz-Legg said the IWMA “looks like it is a hopeless cause at this point,” but then voted to stay in the agency “because it should be saved.”

After her colleagues spoke, Supervisor Lynn Compton went over the allegations of corruption, including a former director giving non-bid contracts to friends, having the daughter of the director employed by the IWMA’s largest contractor, and purchasing trucks for contractors without board approval.

The board then voted 3-2 to divorce the IWMA, with Gibson and Ortiz-Legg dissenting.