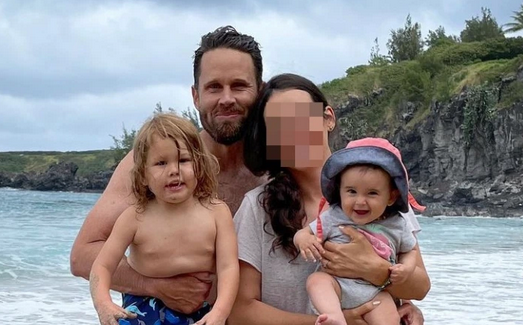 A Santa Barbara surf instructor confessed to killing his children earlier this week because he believed they were going to grow into monsters. Matthew Taylor Coleman shot and killed his children in Mexico with a spear fishing gun.

Coleman drove his 2-year-old boy and 10-month-old girl to Rosarito, Mexico on Saturday. On Monday, he drove to Rancho El Descanso, pulled off the road, killed the children, and then moved the bodies about 30 feet and hid them in some brush, according to an FBI affidavit.

After he was detained at the U.S. border, Coleman told the FBI he knew what he did was wrong, but he needed to save the world.

“Coleman explained that he was enlightened by QAnon and Illuminati conspiracy theories and was receiving visions and signs that his wife possessed serpent DNA and had passed it on to his children,” according to the affidavit.

While being booked into the Santa Ana Jail, a jailer asked the suspect why he had a band-aid on his hand. Coleman said, “it was from hurting his children,” according to the affidavit.

Coleman is facing a federal charge of the foreign murder of U.S. nationals, according to the U.S. attorney’s office.