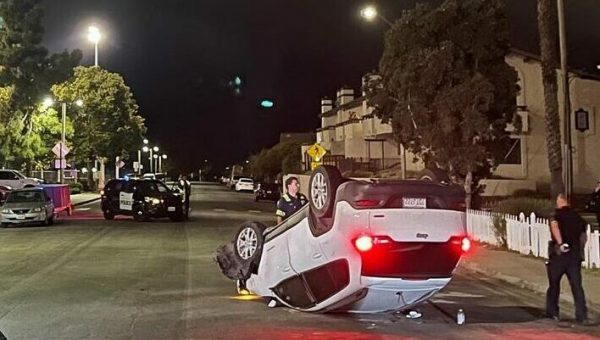 An Arroyo Grande man is in jail after after he allegedly crashed while on drugs with two young children in his car. His children suffered minor injuries.

At about 9:30 p.m. on Monday, 27-year-old Michael Langan Benson was driving on the 1200 block of Ash Street when he crashed into two parked cars. His car then rolled before landing on its roof.

Benson and his children were able to get out of the wreckage with the help of bystanders.

Arroyo Grande police officers determined Benson had been driving under the influence of drugs at the time of the collision.

Officers arrested Benson for willful cruelty to a child, DUI, possession of paraphernalia  and for being under the influence of a controlled substance. He was booked into the San Luis Obispo County Jail with his bail set at $100,000.