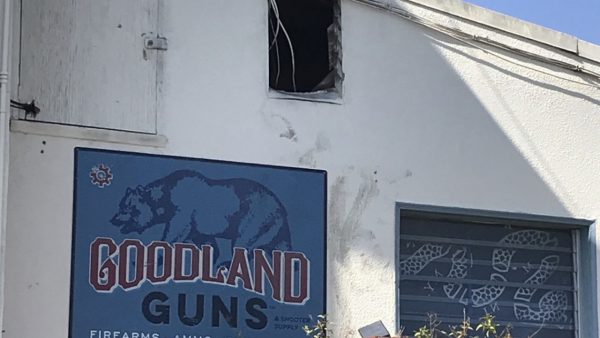 The federal Bureau of Alcohol, Tobacco, Firearms and Explosives (ATF) has announced a $10,000 reward is being offered for information leading to the arrest and conviction of those responsible for recently stealing 11 firearms from a Goleta gun store.

On Aug. 12, the Santa Barbara County Sheriff’s Office received a report of a burglary at Goodland Guns in the 5700 block of Hollister Avenue. Deputies arrived at the gun store and found a large hole in the side of the building near the roofline where it appeared the suspect or suspects had entered.

Sheriff’s detectives, along with ATF agents, are investigating the firearms theft. Anyone who has information about the case can submit a tip by calling (805) 681-4150 or by calling the anonymous tip line at (805) 681-4171.