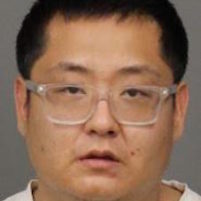 A known drug dealer was arrested again, this time during a narcotics raid in Paso Robles, which netted $5,000 to $10,000 in illicit drugs.

Suspecting 33-year-old Anthony Allen Wong was again selling drugs, San Luis Obispo County deputies conducted a probation search of Wong’s car and home on the 1800 block of Shepherd Drive on Aug. 12. Deputies discovered more than a thousand counterfeit Oxycodone Hydrochloride pills that later tested positive for Fentanyl and Acetominophen, as well as materials commonly used in the packaging and sale of illegal drugs.

Deputies arrested for Wong for violating the terms of his probation and booked him into the SLO County Jail. He is no longer in custody.

In 2013, while out on probation for transporting narcotics, Wong was arrested for dealing drugs from a home near C.L. Smith Elementary School in San Luis Obispo. During a search of Wong’s Newport Street home, deputies discovered approximately $50,000 in ecstasy and heroin for sale.

Three years later, Wong allegedly fled following a hit-and-run accident in a Grover Beach shopping center parking lot. Officers later located Wong, who they found sitting inside his car in the parking lot of a Denny’s, engaged in a drug transaction with a Clovis man. Police seized more than 140 Xanax pills and more than $800 during the 2016 incident.

In 2017, deputies culminated a three-month investigation into a drug sales operation by serving a search warrant at Wong’s Pismo Beach home. Investigators found approximately 2.4 ounces of Ecstasy, 5.7 ounces of Xanax and 12.7 ounces of psilocybin mushrooms. The drugs had an approximate street value of $6,000, according to the sheriff’s office.