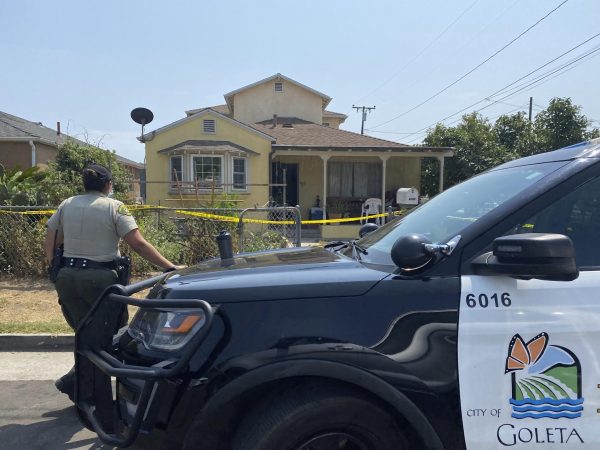 A Goleta man allegedly hit his roommate in the head with an unsharpened sword on Monday, then barricaded himself inside a home before being arrested.

A caller reported an attempted murder at about 12:30 p.m. in the area of Tecolote and Aguila avenues, according to the Santa Barbara County Sheriff’s Office. Deputies arrived at the scene and located the victim, who told them his roommate had hit him in the head with an unsharpened sword, causing serious injury.

An ambulance transported the victim to a local hospital. He is expected to recover.

The victim also informed deputies that 26-year-old man Halbert Rodriguez was inside a home in the 5700 block of Aguila Avenue. Deputies spotted Rodriguez in the doorway of the home and requested he step out to speak with them. Rodriguez refused.

Sheriff’s K9s, air support, the Special Enforcement Team and the Crisis Intervention Team then came to assist. Deputies additionally received help from Rodriguez’s mother, who managed to convince her son to step outside at about 1:35 p.m.

After Rodriguez stepped outside, deputies took him into custody without further incident. Rodriguez received medical attention for minor injuries before being booked in the Santa Barbara Main Jail on an attempted murder charge.