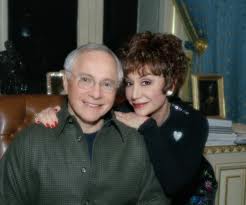 Beverly Hills billionaires Stewart and Lynda Resnick, who have been eyeing influence over management of the Paso Robles Groundwater Basin, have contributed a total of $250,000 to California Gov. Gavin Newsom’s anti-recall campaign. [LA Times]

The Resnicks, who own entities including POM Wonderful, Fiji Water and JUSTIN Wines in Paso Robles, grow water-intensive pistachios and almonds on more than 100,000 acres in the San Joaquin Valley. They are heavily involved in state and local water policy, particularly through their ownership stake in the Kern Water Bank.

Most of the money has come from six and seven-figure contributions by longtime Democratic financial backers. Government employee and trade unions, as well as individuals and interest groups that stand to benefit from a relationship with the governor, account for Newsom’s largest donors.

While California’s campaign finance rules prohibit donations to individual candidates of more than $32,400 per election, there are no contribution limits for committees that merely promote or oppose the recall. That affords individuals and groups seeking to influence state policy the opportunity to make large contributions to the incumbent governor.