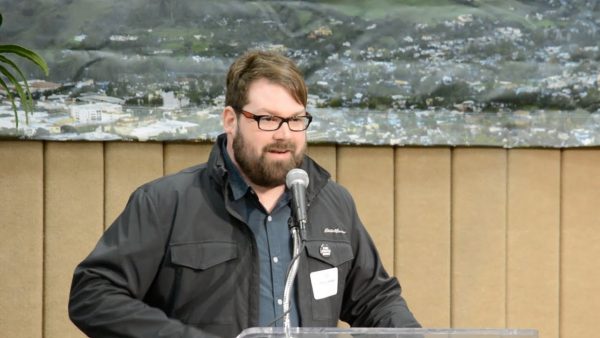 Paul Flores’ defense attorney has subpoenaed a freelance journalist whose podcasts have covered the Kristin Smart case since September of 2019. Robert Sanger also tried to keep Chris Lambert, who produces the popular podcast “Your Own Backyard,” from covering Flores’ preliminary hearing.

Lambert has devoted 10 podcast episodes to the Kristin Smart murder. He is fighting the subpoena. Lambert’s attorney Diana Palacios with the San Fransisco offices of Davis Wright Tremaine LLP, filed an objection on Aug. 23.

California has a shield law to protect journalists from providing unpublished notes and materials from their reporting.

Under the shield law, Article I, section 2(b) of the California Constitution and Evidence Code section 1070, California courts are required to conduct a balancing test, weighing the needs of a criminal defendant for the journalists notes and material and then determining if the information can be obtained from sources other than the journalist.

In the subpoena served on Lambert on Aug. 10 at the courthouse, Sanger also asked that Lambert be available to testify on Aug. 30.

Sanger then sought to bar Lambert from covering the preliminary hearing.

Sanger argued that Lambert could be excluded from the hearing because he could be called as a witness. In most cases, witnesses cannot be present during other witnesses’ testimony to prevent bias. Superior Court Judge Craig van Rooyen said there are exceptions, before saying he was not going to exclude a member of the media from the hearing.

Palacios argues that Sanger has not demonstrated and cannot demonstrate that Lambert’s testimony or documents are material to the case.

Court is set to resume Wednesday, when the judge will listen to several motions including a motion to disqualify the district attorney for wearing a purple tie in alleged support of Smart, whose favorite color was purple. It is unclear when the judge will rule on Lambert’s objection.