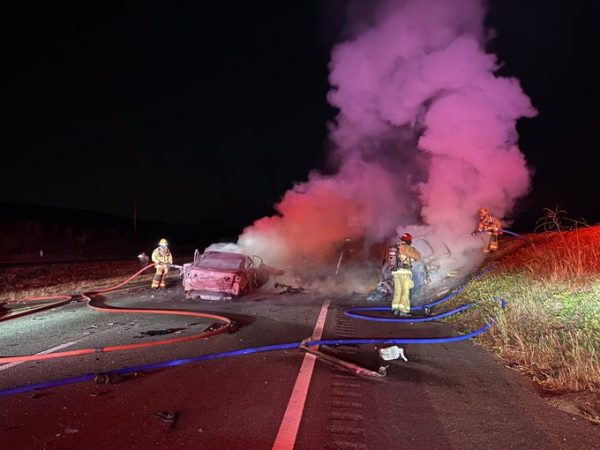 A total of four people died in two separate, closely-timed crashes on Highway 101 west of Goleta early Wednesday morning, leading to the closure of the highway in both directions.

The two fatal crashes occurred fewer than 10 miles apart and in a span of 11 minutes. Also, both collisions sparked fires.

First at 2:14 a.m., a crash on northbound Highway 101 at Winchester Canyon Road resulted in one fatality. Then at 2:25 a.m., a collision on southbound Highway 101 at El Capitan Ranch Road left three dead, according to the Santa Barbara County Fire Department. Officials are not releasing the names of the deceased pending notification of their next of kin.

County fire personnel extinguished fires and extricated victims from the scenes of both crashes. Authorities closed Highway 101 in both directions between Dos Pueblos Canyon and Winchester Canyon roads, according to the county sheriff’s office. 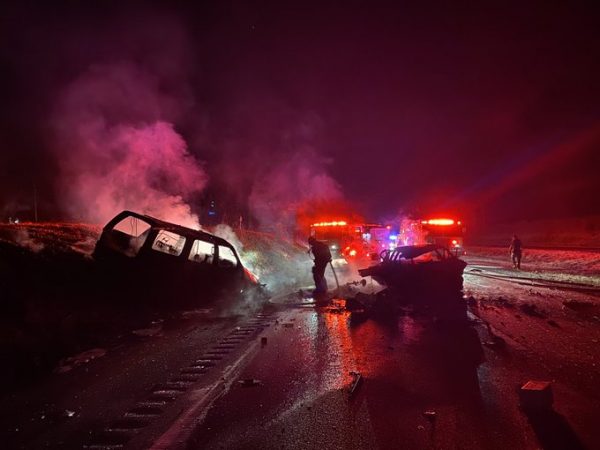