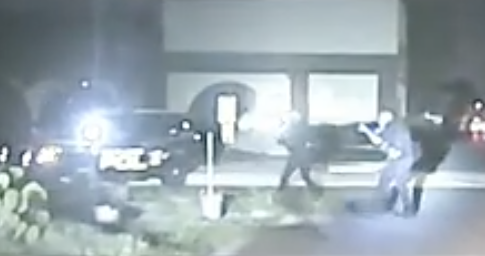 The Santa Barbara County District Attorney’s Office ruled the fatal shooting of man who charged at Lompoc police officers with a knife earlier this year was a justifiable homicide.

Investigators found a suicide note on the suspect. Additionally, he lured police officers to his location before charging at them, according to the findings of a district attorney’s report.

On the evening of March 28, a 911 caller reported a man wearing dark clothing and a mask appeared to be holding a gun. The caller said the man was going into an alley between H and G streets, according to audio of the call that was previously released by the Lompoc Police Department.

Police arrived in the area and located the suspect, Krys Brandon Ruiz. Officers issued commands to Ruiz to stop and show his hands.

Ruiz, who was wearing dark clothing and a clown mask, did not comply. He walked through bushes beside the alley, then emerged from the bushes and ran toward two officers in a full sprint with his hands raised.

When Ruiz was about 20 to 25 feet away, Officer Mauricio Calderon could see a knife in his hand, according to the district attorney’s office. Calderon fired four shots from his rifle while Ruiz charged at him. Corporal Andrew White also fired his gun four times.

Ruiz died immediately after the shooting. Officers found a large kitchen knife under Ruiz’s body. On his arm, there was writing saying, “Reach in my pocket.” 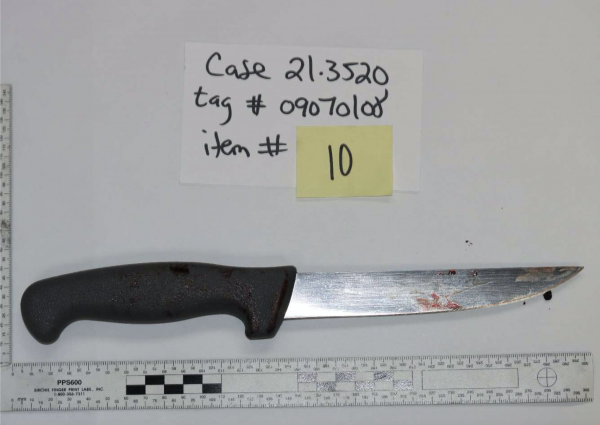 Inside Ruiz’s pocket there was a Ziplock bag that contained a suicide note. Investigators later determined Ruiz was the person who called 911 and reported a suspect in the alley with a gun.

Dating back to 2017, Lompoc officers had many prior contacts with Ruiz in which he had attempted suicide, was suicidal or was having mental health issues, according to the DA’s office.

Ruiz suffered three gunshot wounds, including a fatal one to the head, according to an autopsy. He had nothing of toxicological significance in his system at the time of his death, testing found.

“When Mr. Ruiz charged at Officer Calderon with his knife raised, after being commanded to stop and show his hands, he created a reasonable fear of death or great bodily injury in the minds of Officer Calderon and Cpl. White,” the DA’s office stated in its report.

The report concludes that, based on the totality of the circumstances, both officers acted reasonably in their use of deadly force.