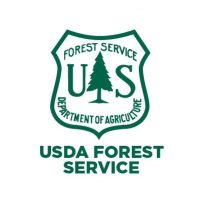 The United States Forest Service is closing California’s national forests for the next two and a half weeks because of the state’s ongoing wildfire crisis.

Effective 11:59 p.m. Tuesday, members of the public will be prohibited from entering the Los Padres National Forest and 16 other national forests in California. The Humboldt-Toiyabe National Forest, which is predominantly located in Nevada, but stretches into Eastern California, does not fall under the order. The closure order will last until 11:59 p.m. on Sept. 17.

The closures will decrease the potential for new fires to ignite at a time of extremely limited firefighting resources, according to the Forest Services. The federal agency is trying to minimize the likelihood that visitors could become stranded on National Forest System lands during an emergency.

California is currently facing record fuel level and fire conditions. Forecasts show the conditions will remain the same or worse as the season moves into late summer and fall, according to the Forest Service.

“We do not take this decision lightly, but this is the best choice for public safety,” Regional Forester Jennifer Eberlien said in a statement. “It is especially hard with the approaching Labor Day weekend, when so many people enjoy our national forests.”

The closure order exempts certain individuals, such as some forest service permit holders, as well as federal, state and local officers and firefighters who are on official duty.

Violating the closure order can result in fines of up to $5,000 for individuals and $10,000 for organizations. Additionally, violators could face up to six months in jail.