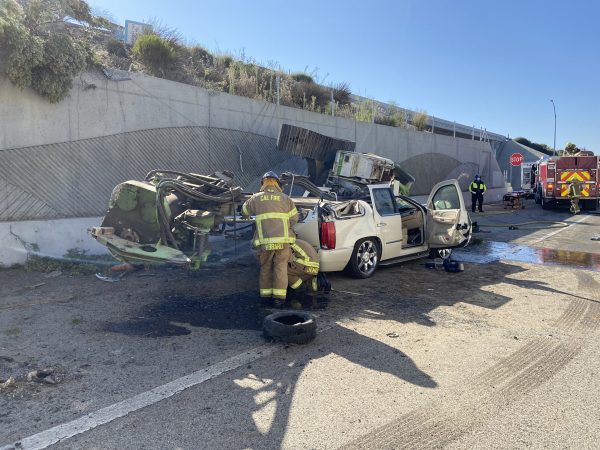 The California Highway Patrol has identified the 60-year-old woman killed Wednesday after a excavator fell on top of her vehicle as Pyong Yun Song of Nipomo.

Shortly after 4 p.m., David Edmunson of Arroyo Grande was driving a semi-truck northbound on Highway 101 in Nipomo when his front tire blew out, he lost control of his vehicle, hit a guardrail and the Excavator he was hauling slid off the trailer. Nearby, Song’s Cadillac Escalade and a Mazda driven by Eliodora Cardenas were stopped on the Willow Road off-ramp.

The excavator Edmunson was hauling then fell down a small embankment and crashed into the top of Song’s Cadillac, killing Song. Debris hit the Mazda, though Cardenas was not injured. Edmondson suffered minor injuries.

The CHP is asking anyone who witnesses the accident to contact officer Mallory at (805) 594-8700.