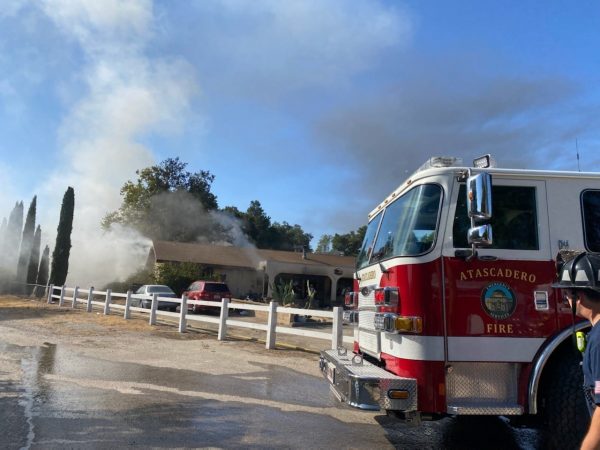 Three dogs were killed and two people injured in a fire at a home in Atascadero on Sunday morning.

Shortly after 9 a.m., callers reported a residential fire at 8660 Portola Road. With flames spreading, nine occupants fled the single-family home, while three of their four dogs remained inside, according to the Atascadero Fire Department.

Upon arrival, firefighters found a single-story home with heavy smoke and fire showing from a rear corner of the residence.

Medical personnel treated one of the residents for smoke inhalation and another for lacerations to an arm.

Fire crews remained on the scene for salvage operations and investigation for approximately two and a half hours. The cause of the fire remains under investigation.