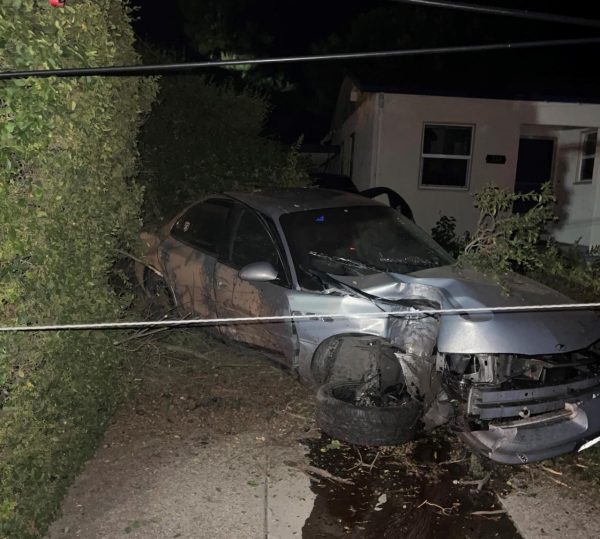 A man on probation for DUI allegedly drove under the influence in San Luis Obispo Sunday night, crashed into cars and sheered a power pole, causing several neighborhoods to lose electricity.

Shortly after 11 p.m.,Kevin MatulMuralles, 24, was driving at a high rate of speed westbound on Foothill Boulevard toward Tassajara Drive. MatulMuralles passed a car stopped at a red light at Tassajara Drive and clipped the front end of another vehicle, according to police.

MatulMuralles then drifted across all lanes and hit a PG&E power pole, sheering it in half. After slamming into the power pole, MatulMuralles struck several more parked cars before stopping in the front yard of a house, according to police.

MatulMuralles attempted to flee the scene, but nearby residents stopped him. Officers arrested MatulMuralles for felony DUI and for violating his DUI probation.

Officers booked MatulMuralles in the San Luis Obispo County Jail in lieu of $100,000 bail, according to the county sheriff’s office.

A passenger who was in MatulMuralles’ vehicle suffered minor injuries and was transported to the hospital for treatment. There were no reports of other injuries.

As a result of the crash, several power and communication lines were damaged, causing power outages in several neighborhoods, including parts of downtown SLO. 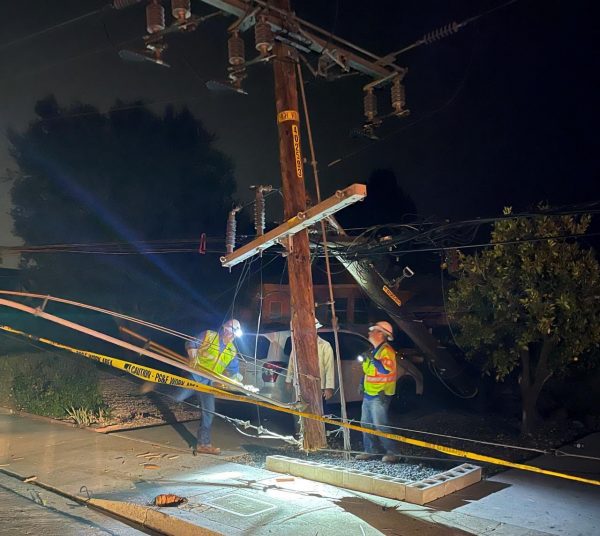