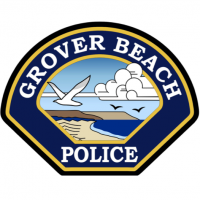 Grover Beach police are searching for a man who allegedly used a racial slur against a manager at the Grover Beach Wells Fargo branch, then lied in wait and physically attacked the bank employee as he was leaving work. [Tribune]

On Sept. 3, a man who appeared to be in his late 40s, who is about 5 feet 11 inches tall with an athletic build and bald head, walked into the Wells Fargo branch on Grand Avenue in Grover Beach. The suspect entered the bank without a mask.

The manager, a Hispanic man and Army veteran, approached the suspect and greeted him like he would any other client, the Wells Fargo employee said. He asked the man to wear a mask if he was going to do business in the lobby.

After being asked to wear a mask, the man responded aggressively. The manager offered him one of the extra masks the bank keeps for its customers, after which, the man became more hostile.

Shortly afterwards, the man rooted through cabinets and drawers in the bank lobby. The manager asked him to stop and warned he would call the police to remove him from the property.

Then, the suspect allegedly said, “Well, you f*ckin sp*k. Come outside.”

After allegedly using the racial slur, the suspect left.

The manager was dazed at first. He then realized what was going on and who was attacking him and fought back.

During the fight, the manager attempted to choke the man. At that point, a coworker of his could be heard calling the police from her car.

Shortly afterwards, the man fled. The manager took off his suit jacket and tie and chased after the suspect.

As police were approaching, the two men ended up in the front yard of a home. The manager looked toward the police in an attempt to point out his attacker. The suspect then scaled a nearby fence and disappeared, the manager said.

When officers arrived, he filed a police report.

The manager’s wife said her husband ended up in the emergency room with a concussion and lacerations to his head, hand and face following the incident.

Grover Beach police say they are investigating the case as a suspected hate crime and battery.