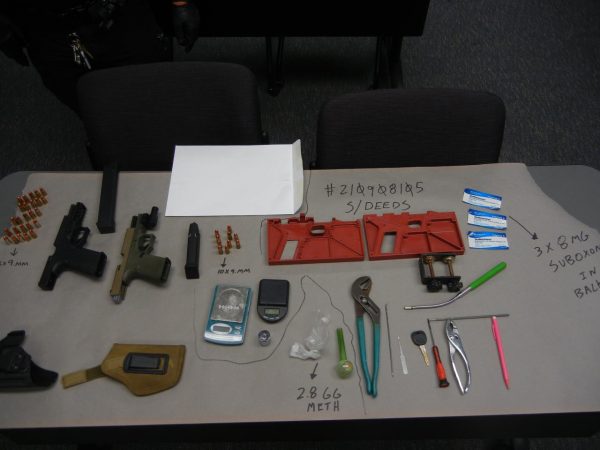 At about 11:15 p.m., Officer Peck stopped a car for a traffic violation near the intersection of Los Osos Valley Road and Calle Joaquin. Investigators found that the driver of the car, 33-year-old Todd Deeds of Oildale, had a felony warrant for his arrest in Kern County and was in possession of methamphetamine, according to police.

Police booked Deeds in the SLO County Jail with his bail set at $100,000. Deeds remains in custody in SLO County, as of Friday morning.