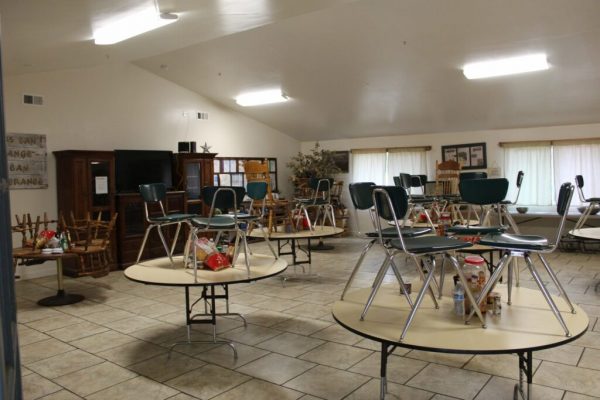 Amid its ongoing spat with SLO rancher Dan DeVaul, San Luis Obispo County reportedly pushed for the sale of DeVaul’s property to a Santa Margarita couple, a deal DeVaul has rejected.

DeVaul and SLO County have repeatedly battled over code enforcement disputes pertaining to the property.

With the support of county officials, Cheryl and Mike Cole, of Cole Farms, were ready, willing and able to purchase Sunny Acres, Jeffrey Stein, the couple’s attorney, stated in a news release.

“Despite the anticipated buyers being ready, willing and able to complete the purchase, the cancellation of the offer to sell appears to have doomed the new team and their devotion to the recovery program and the people it has served,” Stein wrote.

The Coles’ team aimed to create a fresh start for the sober-living program at Sunny Acres and to enable it to become compliant with county and state codes, so it can remain viable in the long-term, Stein said.

District 3 County Supervisors Dawn Ortiz-Legg participated in the negotiations over the proposed sale of Sunny Acres. Ortiz-Legg sponsored a meeting with representatives of the sober-living community and worked with county staff and the prospective buyers to identify possible solutions to the existing code violations. [Tribune]

There was a plan of action involving new ownership and a team of professionals who could make the situation work. DeVaul’s rejection of the purchase offer is unfortunate, Ortiz-Legg said.

DeVaul has proven that he cannot provide safe permitted housing and safe drinking water to residents on his property, nor can he fix the non-permitted grading that impacts flood management and the environment, Ortiz-Legg said.

“While I applaud Mr. DeVaul for bringing much good to the Sunny Acres community and the people who are in their program, because of what he has done to the property over the many years and because of his continued obstinance to operate within the rules, he has created a situation which puts those individuals who rely on the property at risk and in harm’s way,” Ortiz-Legg added.

Amid a previous spat between the county and DeVaul, a 2011 order from a local judge forced the rancher to evict effectively homeless individuals who were deemed to have been staying in non-code compliant structures. Sunny Acres later went into receivership, and then in 2013, DeVaul and the county entered into a stipulated agreement requiring the rancher to comply with various regulations in order to continue his operation.

Earlier this year, neighbors made complaints to the county about Sunny Acres. Subsequently, a county official penned a letter to DeVaul stating the county suspected individuals were living in non-permitted structures on his property and that non-permitted dumping and grading activity were reportedly occurring near wetlands and Laguna Lake.

In June, the county obtained a civl inspection warrant, and code enforcers went onto DeVaul’s property, accompanied by sheriff’s deputies. During the inspection, a county official said there were obvious violations on the property, particularly non-permitted tiny homes.

DeVaul said the main residential building on his ranch was not properly permitted because Sunny Acres had been unable to bring potable water into the structure. DeVaul had sought to connect the building to the city of SLO’s water system and was reportedly refused service.

Johnny Rodriguez, the program director for Sunny Acres, said during public comment at a SLO County Board of Supervisor’s meeting in June that at total of 48 people, many of whom were elderly, infirm, mentally ill and in various stages of recovery, could be out on the streets if evicted from the property.

Nonetheless, DeVaul was ordered to provide the county with a relocation and demolition plan a couple weeks ago. County staff had delayed enforcement action on the matter to meet with Sunny Acres management, Supervisor Ortiz-Legg said.