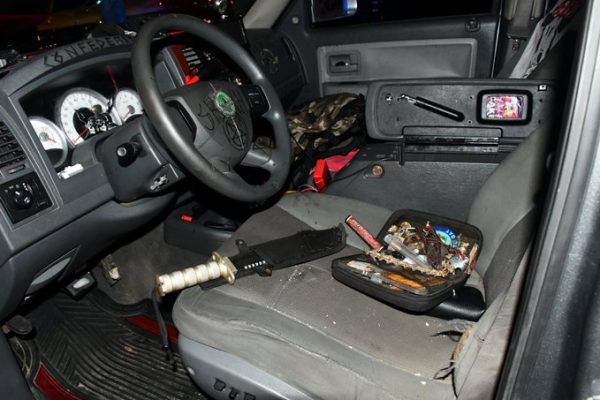 United States Capitol Police officers arrested a California man who was armed with a bayonet and machete outside the Democratic National Committee headquarters early Monday morning and who allegedly promoted white supremacist ideology while claiming to be on patrol.

At about midnight, a Special Operation Division Officer was on patrol when he noticed a Dodge Dakota pickup truck with a swastika and other white supremacist symbols painted on it outside the DNC headquarters. The truck had no license plate. Rather, it had a picture of an American flag where the license plate should have been, according to the Capitol Police.

The officer pulled over the truck in the 500 block of South Capitol Street. Investigators noticed a bayonet and machete inside the truck, which are both illegal in Washington, D.C.

Officers arrested the driver, 44-year-old Donald Craighead of Oceanside, for possession of prohibited weapons. Craighead said he was on patrol and began talking about white supremacist ideology and using other rhetoric pertaining to white supremacy, according to the Capitol Police.

The Capitol Police Investigations Division is continuing to investigate Craighead. It is not clear if Craighead was planning to attend any upcoming demonstrations or if he has ties to previous cases in or around the Capitol. 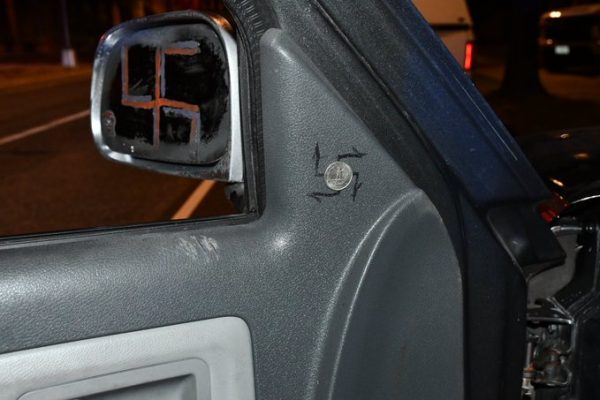