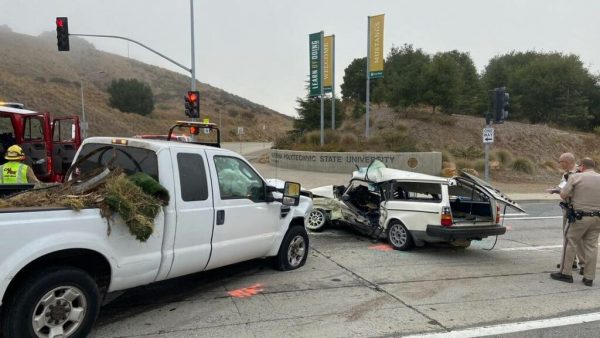 Shortly before 7 a.m., Osbaldeston was driving a white Volvo eastbound on Highland Drive when he attempted to turn left on Highway 1. Bryan Griffiths, 79, of Morro Bay then allegedly ran a red light and crashed his Ford F-250 pickup truck into the teen’s Volvo.

The crash propelled the Volvo into a BMW driven by Tisha Leigh Breda, 50, of Cambria. Breda suffered minor injuries.

A CHP investigation into the crash remains ongoing.