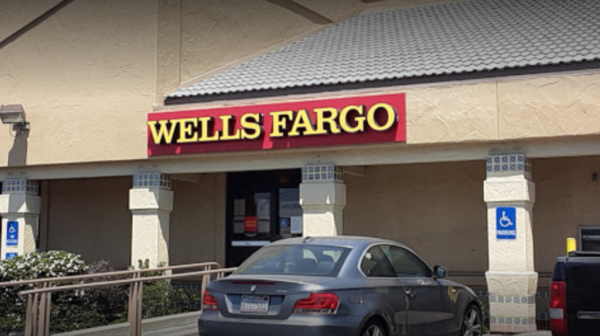 Grover Beach police today arrested a correctional officer at California Men’s Colony who is accused of making a racial slur against a manager at the Grover Beach Wells Fargo branch, and then attacking the bank employee as he was leaving work.

After officers arrested James Allen Jones Jr. at the prison, they booked him into the San Luis Obispo County Jail on charges of battery with serious bodily injury, committing a hate crime and making criminal threats. Jones has since been released on $50,000 bail.

On Sept. 3, Jones walked into the Wells Fargo branch on Grand Avenue in Grover Beach without a mask. The manager, a Hispanic man and Army veteran, greeted Jones and then asked him to wear a mask if he was going to do business in the lobby.

San Luis Obispo County brought back its indoor mask mandate for both vaccinated and unvaccinated people on Sept. 1.

Jones responded aggressively. The manager then offered him one of the extra masks the bank keeps for its customers, after which, Jones allegedly became more hostile.

Shortly afterwards, Jones allegedly rooted through cabinets and drawers in the bank lobby. The manager asked him to stop and warned he would call the police to remove him from the property.

Then, the suspect allegedly said, “Well, you f*ckin sp*k. Come outside,” before leaving the bank.

But at about 5:30 p.m., at the end of the manager’s shift, Jones showed up in the parking lot while the manager was trying to get into his car. Jones grabbed the manager and pushed him toward a small wall at the edge of the parking lot and began wailing on him, the bank manager told police.

The bank manager ended up in the emergency room with a concussion and lacerations to his head, hand and face.

Grover Beach police opened an investigation into the case as a suspected hate crime and battery, though they did not release Jone’s photo, which was captured on surveillance videos.

Members of the public responded by chastising the police department for releasing photos of suspects accused of minor thefts while not releasing the photo of the bank manager’s assailant.

“In this case, the distribution of preliminary information could have negatively impacted our investigative efforts and could have resulted in inaccurate witness statements, the loss of physical evidence and the suspect evading capture,” Peters said. ” Given the nature of this case, it was vital that our investigators could make progress without jeopardizing the investigation.”