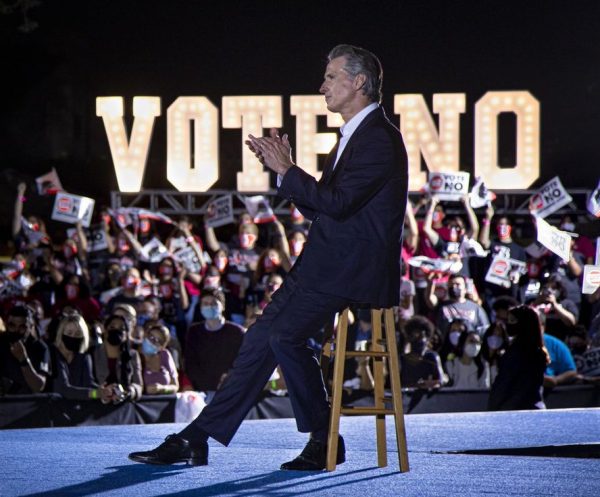 California Gov. Gavin Newsom will remain in office after defeating the state’s recall initiative by a 64 percent to 36 percent vote on Tuesday.

A majority vote was needed in order to recall Newsom. Proponents of the effort to remove Newsom from office did not come close to achieving that feat.

Had there been a majority vote to recall the governor, the candidate with the highest vote total in the race to replace Newsom would have been elected. Among the numerous candidates who ran to replace Newsom, conservative radio host Larry Elder garnered the most votes. Elder, a Republican, received 46.9 percent of the votes cast for candidates who could have potentially replaced Newsom.

“Tonight, California voted no on the recall and yes to… science, women’s rights, immigrant rights, the minimum wage, the environment, our future,” Newsom stated in a tweet. “We rejected cynicism and bigotry and chose hope and progress. Thank you, California.”

Newsom’s anti-recall campaign raised more than $70 million, well exceeding the $50.2 million his 2018 gubernatorial campaign brought in over a period of four years. The governor reportedly now has $24 million left in his war chest as he prepares for the 2022 gubernatorial election.

While California’s campaign finance rules prohibit donations to individual candidates of more than $32,400 per election, there are no contribution limits for committees that merely promote or oppose a recall. That affords individuals and groups seeking to influence state policy the opportunity to make large contributions to the incumbent governor.