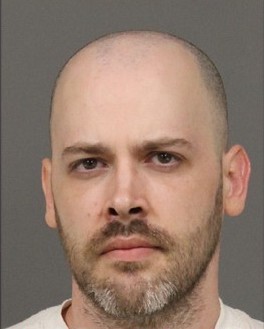 A judge sentenced an Arroyo Grande man to eight years to life in prison on Monday over an incident in which he poured boiling oil on his 79-year-old foster mother, then stabbed her.

On Aug. 2, Matthew Leroy Ehens, 38, started an argument with his foster mother at their Arroyo Grande home. Ehens poured boiling peanut oil on her upper body and face. He then stabbed her in the back with a large knife and fled, according to the San Luis Obispo County District Attorney’s Office.

A high-speed police chase ensued, ending with Ehens crashing his vehicle. Officers then arrested him.

The 79-year-old woman suffered serious burns over 17% of her body. She was hospitalized for a month and underwent extensive medical treatment, including a skin grafting operation.

Last month, Ehens pleaded no contest to charges of torture and elder abuse. Judge Jacquelyn Duffy then sentenced him on Monday to eight years to life behind bars.

“This life sentence is appropriate considering the unimaginable pain the defendant inflicted upon this courageous elder adult survivor who loved and raised him,” Dow said.  “Our community will not tolerate elder abuse.  I encourage those who suffer from or witness elder abuse to report these crimes to law enforcement.”