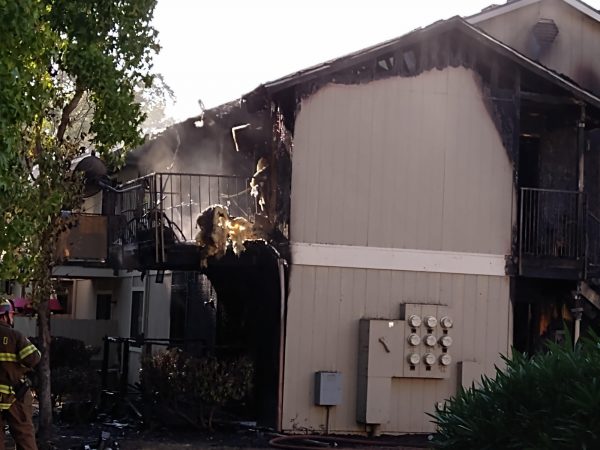 A fire destroyed much of an eight-unit building at the Dry Creek Apartments in Paso Robles Tuesday morning, leaving a total of 40 residents displaced.

Shortly after 8 a.m., a caller reported the fire at 1211 Alamo Creek Drive. It appears the fire spread from one apartment to at least one other in the eight-unit building. No one suffered injuries as a result of the blaze, according to Paso Robles’s fire department.

It is unclear if the building is a complete loss. There are no vacancies anywhere else in the apartment complex, according to the Dry Creek management.

Previously, there have been multiple shootings at the Dry Creek Apartments. Most recently, in July, SWAT officers shot and killed a man armed with a gun following an eight-hour standoff, during which the suspect barricaded himself inside an apartment and opened fire on police multiple times. 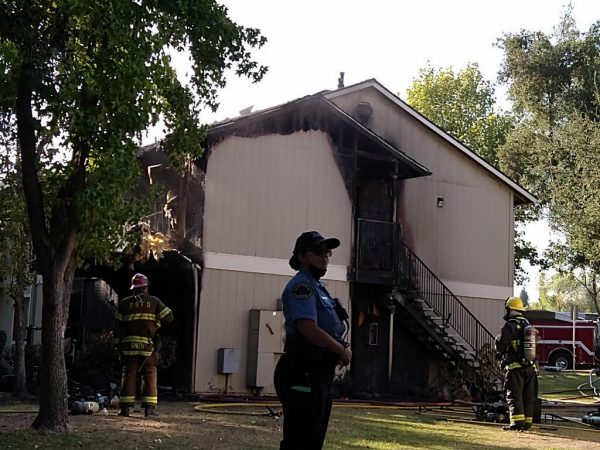